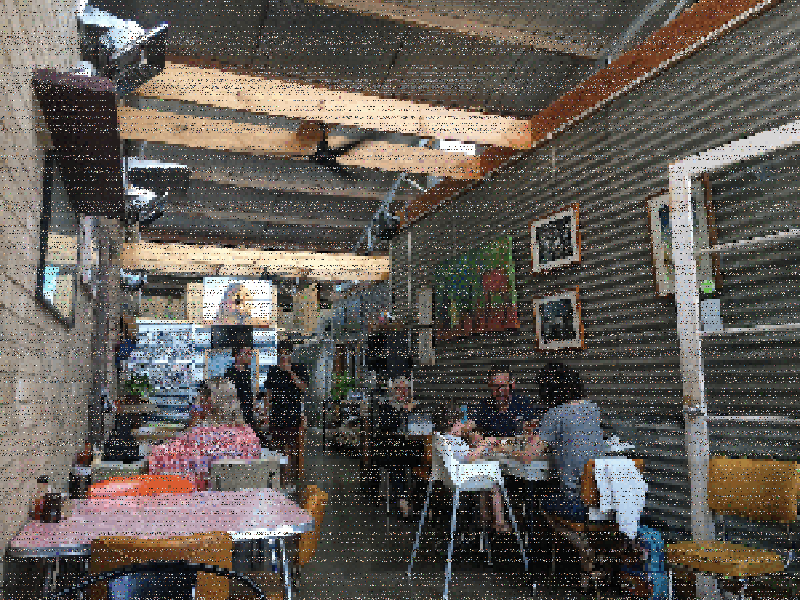 After what must’ve been a particularly heavy bender on Friday night (I distinctly remember something about greyhounds and at least one schooner of beer) I woke up on Saturday morning to the sound of cows bellowing and chickens crowing. The occasional tractor chugged by, and a farmer swore as she tripped over a rake left carelessly in the middle of the dirt track. Clearly, I was in the middle of nowhere.

However, as it turns out, even in these remote parts (north of Bell St, to be precise), decent coffee is available!

Given my predicament I thought it wise to look for some coffee to wake me up as fast as possible, and get myself back into civilisation (well, the closest thing Australia offers, anyway). I scrambled to find my stuff scattered among the bushes and ward of a few flies and kangaroos, and briskly set off down the bush track (Plenty Rd, Preston). After a short hike through the knee-high grass and past what appeared to be the remnants of a building’s foundations, I happened upon a café: I had arrived at Red Bean in Preston. I thought I’d give them a try.

It turns out that they roast their own beans on-site and sell a variety of blends and single origin coffees, both online and in-store. Since I was there anyway, I tried their Lady Red blend. The short version is that it was very tasty indeed! Even out here in the sticks one can find a very pleasing espresso.

Since I had to fight my way past a few aggressive possums and koalas to get back home, I can’t remember the details very clearly, but the Lady Red was tasty, rich, full-bodied enough for my liking, and not a fourth-wave sour-fest. Definitely did not suck!

The atmosphere was nice too, modern and warehousey without being pretentious. Very friendly servers, too. Definitely looking forward to going again – I’ll be trying their very tasty-sounding brunch options, too! This is one for the “Again” list.